I wanted to make some mini maple leaves using the same yarn I am using for the MAPLE LEAF Shawls.  I have a few different ideas on color schemes and techniques for dyeing the shawls, but I have never dyed an already knit object.  I will practice on the mini maple leaves first. 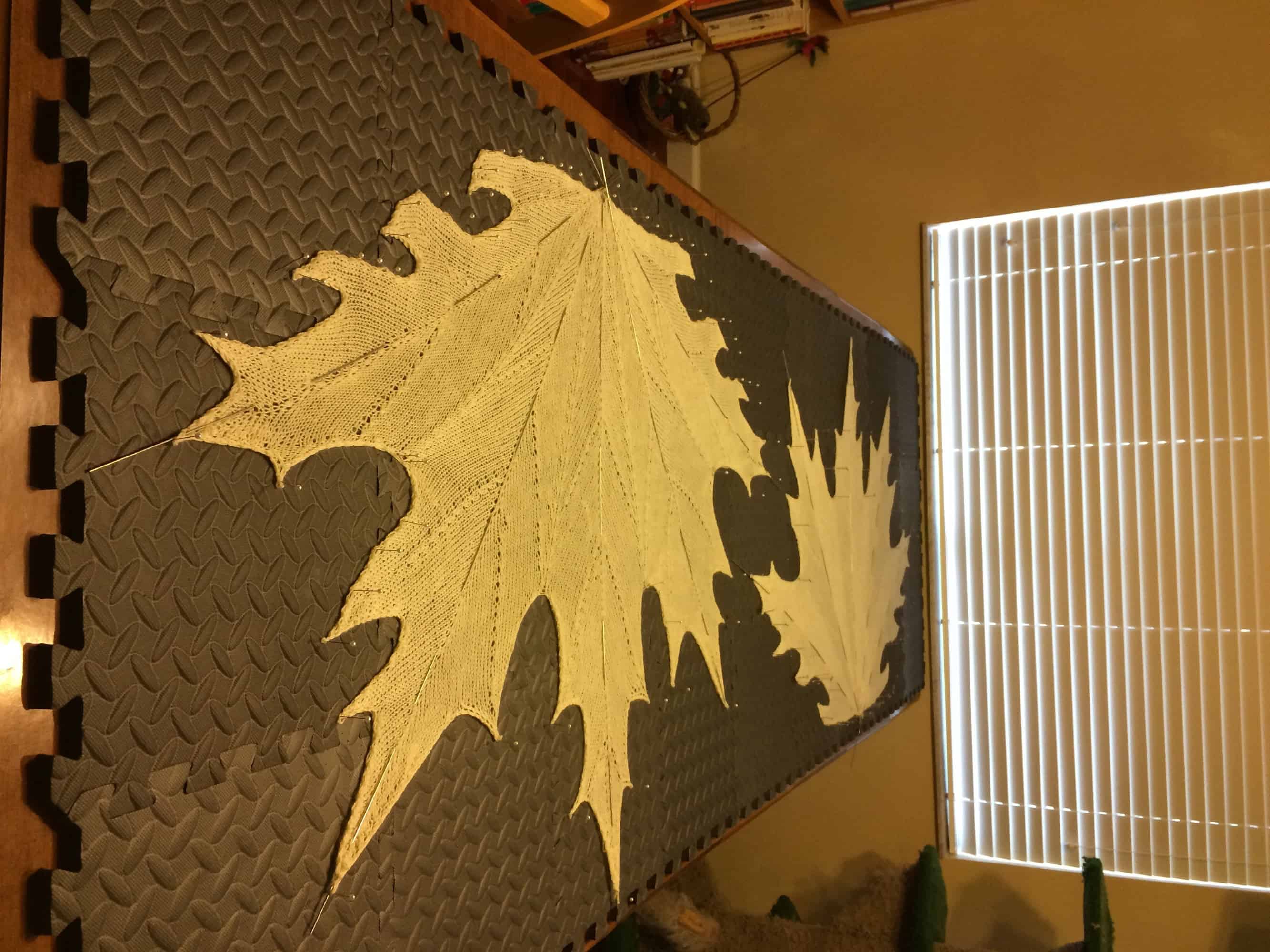 Last week was the week of all the appointments.  Most weeks, I only leave the house a couple times, mostly for errands.  But last week, I was out every day and for 3 of those days I was out of the house for the entire day.  I did get crafting done and turned in for HPKCHC classes by the end of the month, but I did not write blog posts on my crafting.  The completed crafting included two more MAPLE LEAF Shawls.

I finished the second MAPLE LEAF shawl during the last few days of May.  Knitting this shawl as written results in 52 ends to be woven in after knitting is complete.  I prefer to avoid weaving in that many ends if I can.  In the Ravelry pattern notes, the designer said you could crochet slip stitch from the cast on point to where you need to start knitting next.  When I knit MAPLE LEAF the First, I discovered that if I wanted to crochet slip stitch, I could not knit the pattern in the order it was written because I would have to slip stitch across live stitches.  So I modified the pattern by rearranging the order of knitting so that I would not be slip stitching across live stitches.  Unfortunately, I did not take notes while knitting MAPLE LEAF the First, mostly because I was knitting off my iPad rather than a printed pattern.  For MAPLE LEAF the Second, I took notes as I went along.  This post will include all my modifications, by reference to the original pattern.  It’s taken this long for me to write up this post because I knew it would take a while to write it and I did not have enough time during the first couple weeks of June.