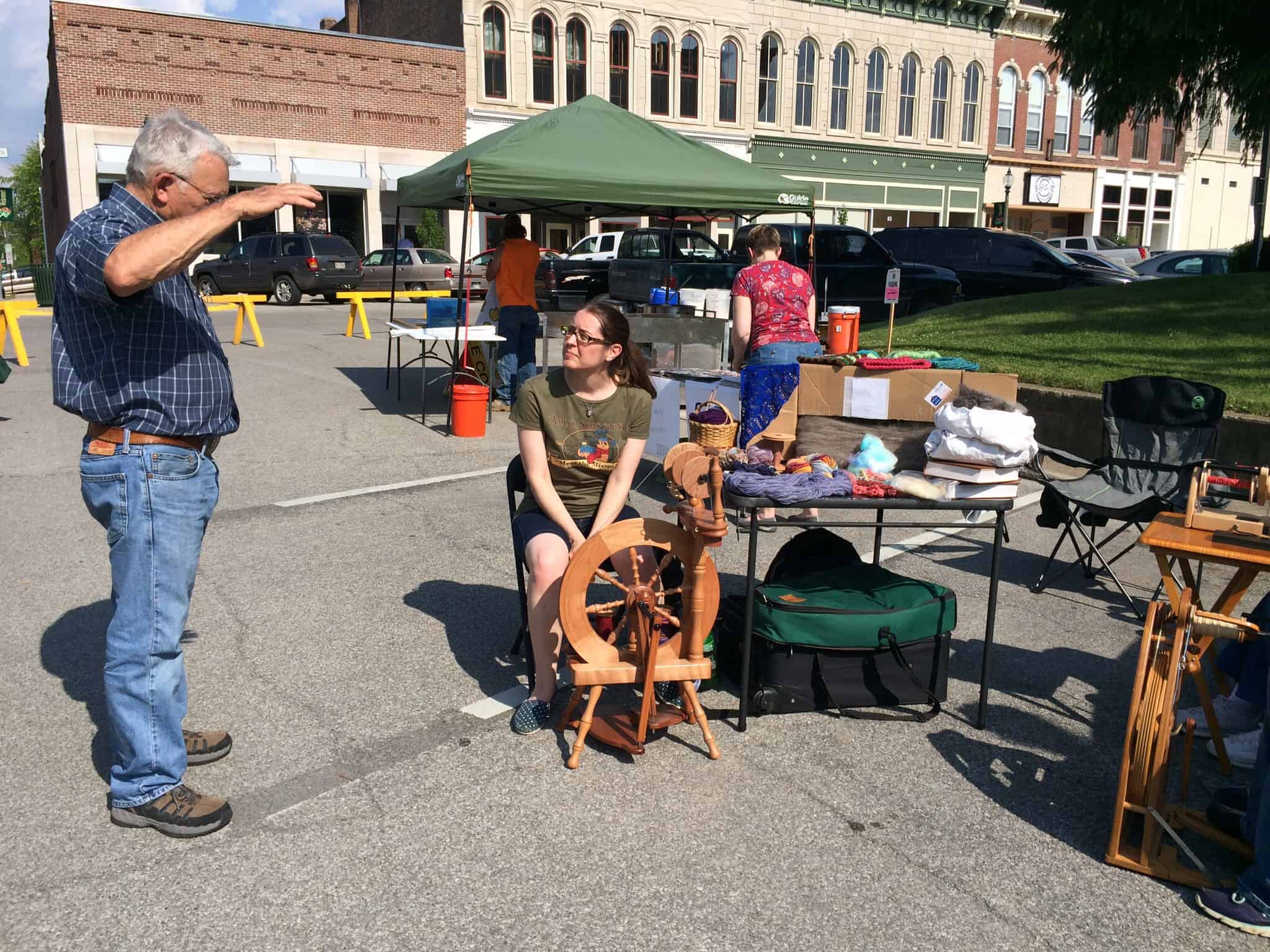 Last year, I attended The Fiber Event in Greencastle, Indiana.  I planned to attend this year also, but then Chris and I got to go to India.  The trip to India was at the same time as The Fiber Event 2015.

My primary reason for going to Greencastle is to visit my good friend Stacy, who moved there a couple of years ago.  We put our heads together to come up with a new date, and discovered the Hoosier Hills Fiber Festival (a separate blog post is in progress; I’ve got to take pictures of my purchases), held about an hour from Greencastle on the first Friday and Saturday of June.  I changed my tickets from April to this past weekend.  I arrived in Indiana on Thursday afternoon and flew home Sunday evening.

Stacy was working on Thursday and Friday.  I spent most of my time, hanging out in her office, knitting.  She has these adorable sheep sculptures in her office. 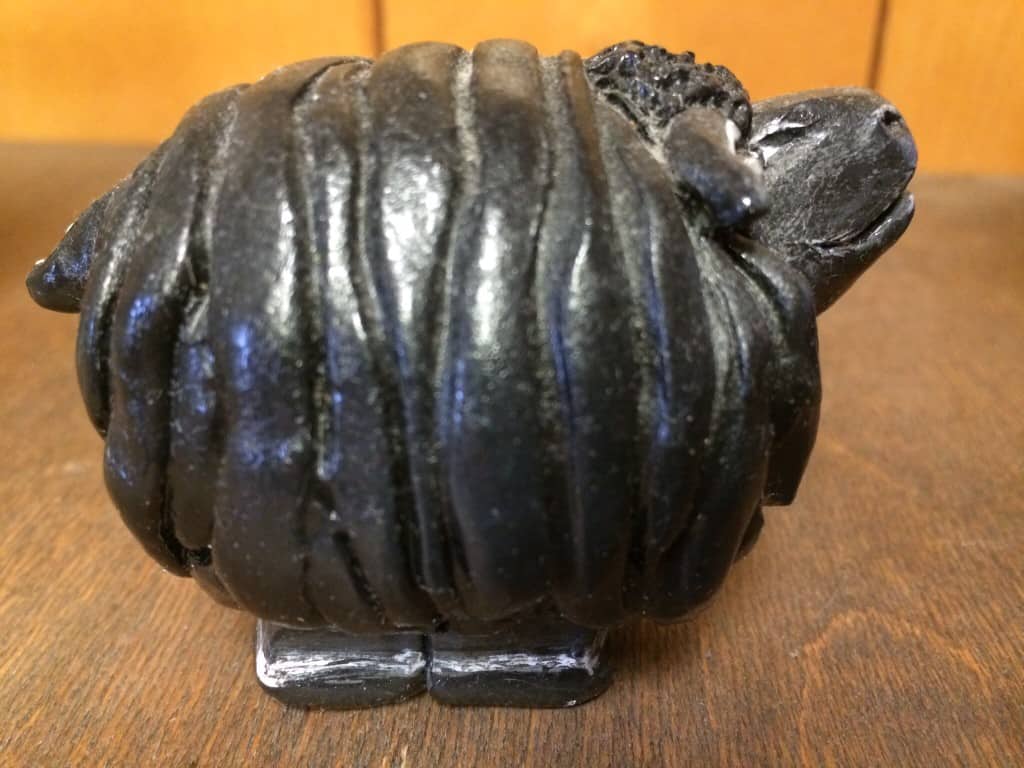 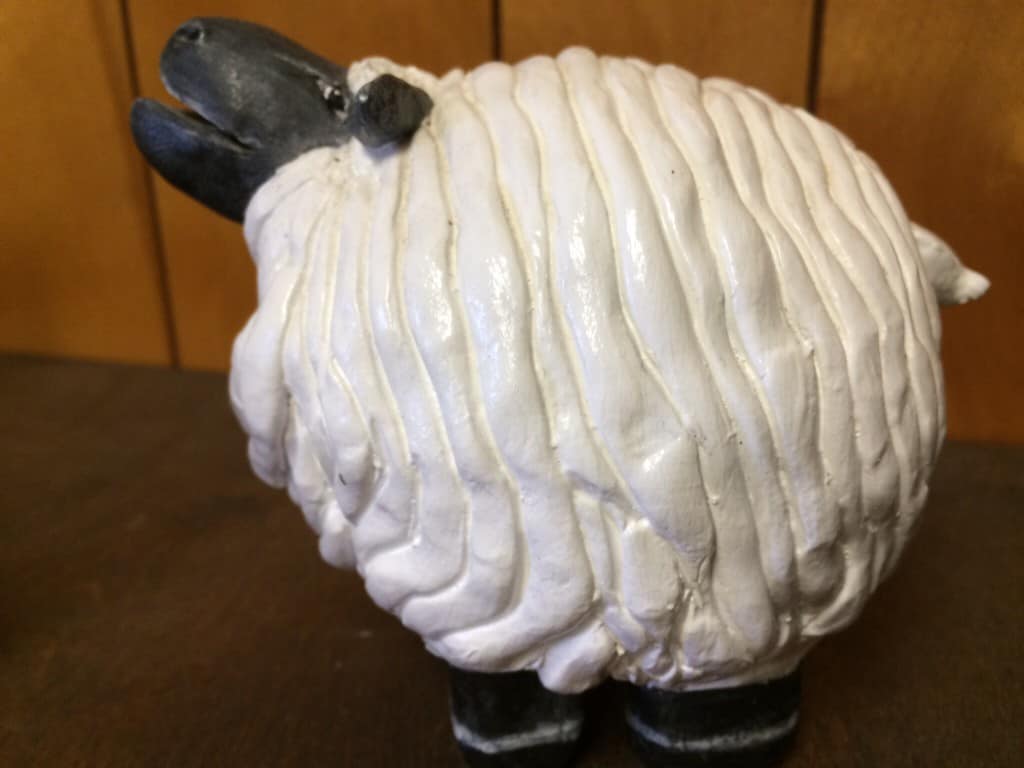 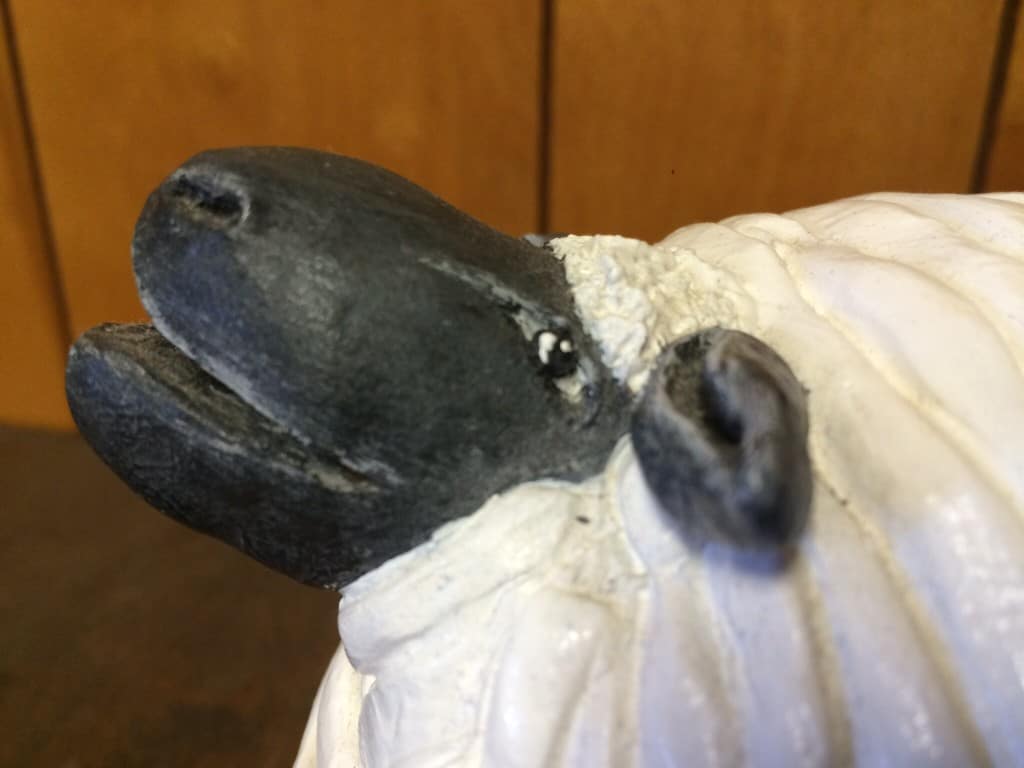 Stacy did attend The Fiber Event 2015.  Her mother bought her an early birthday present: a 10″ wide rigid heddle loom from Couch’s Little Workshop, an Indiana-based family business of handmade looms.  Stacy had not warped the loom yet and wanted to do so before we went to the Hoosier Hills Fiber Festival.  Couch’s Little Workshop was going to be at that Festival also, and she wanted to ask them questions or resolve any problems she might have with the loom.  On Thursday night, I taught her how to warp the loom and how to weave. 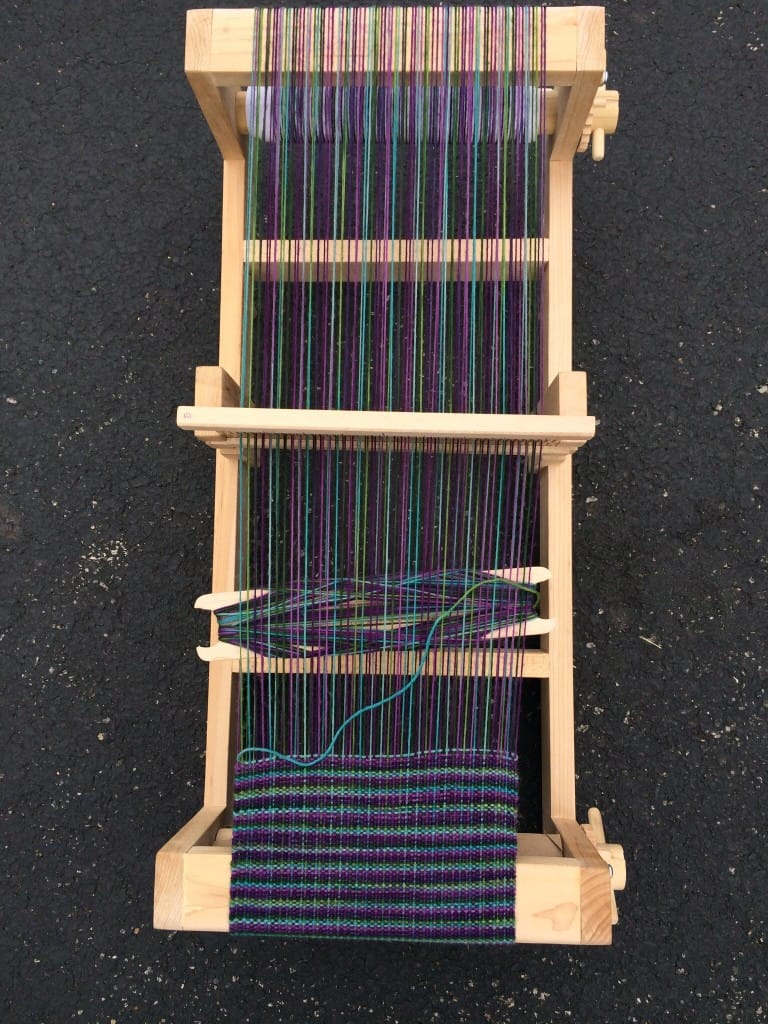 Stacy took a three-hour rigid heddle weaving class two years ago, at The Fiber Event, but she hasn’t woven anything since then.  Her selvages are spectacular! 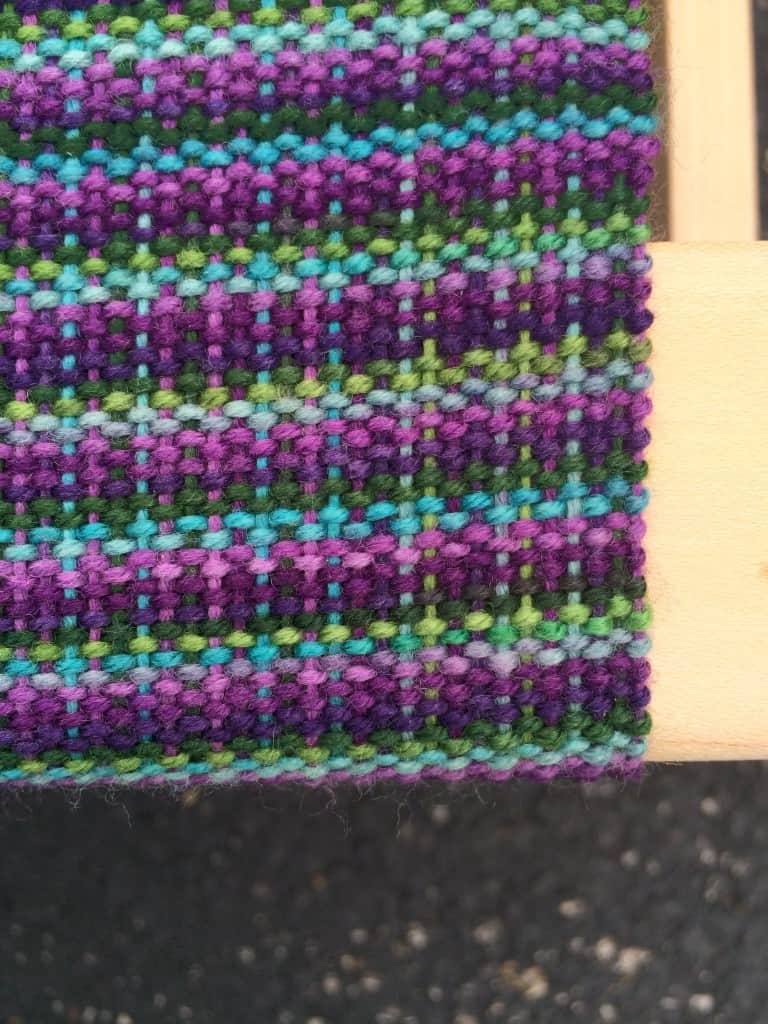 During the spring, summer, and fall, Greencastle has a “First Fridays” program.  The downtown business group, of which Stacy is President, helps to organize First Fridays.  The town closes off a road next to the courthouse.  Vendors sell their wares and there’s music on the steps of the Courthouse. 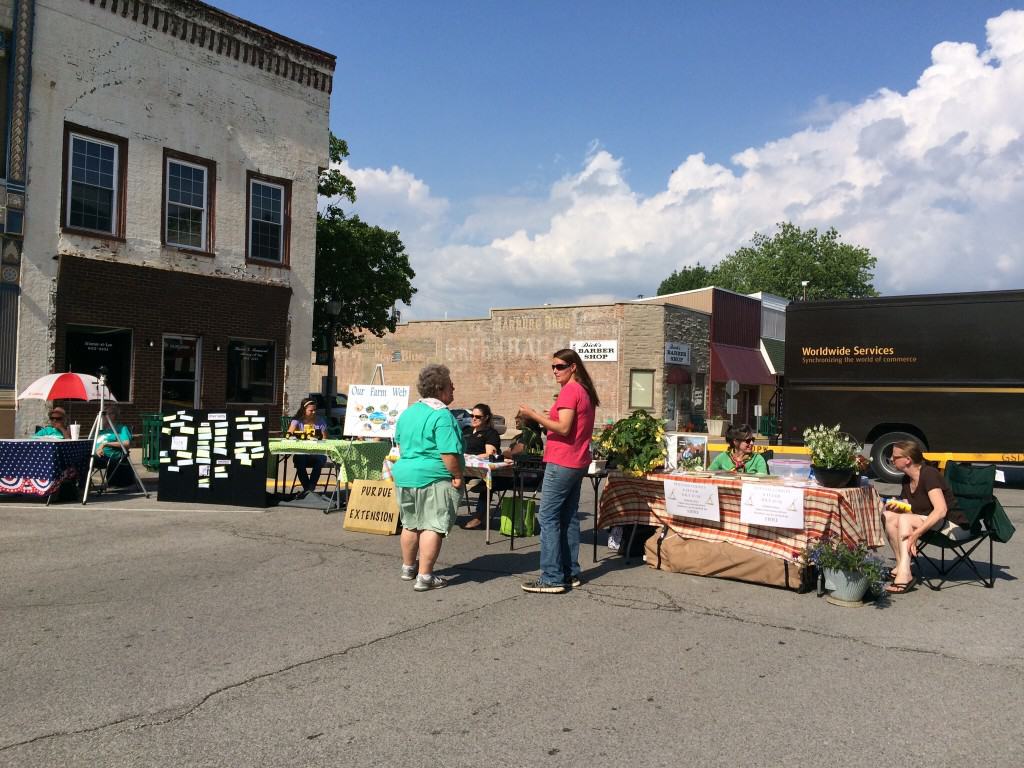 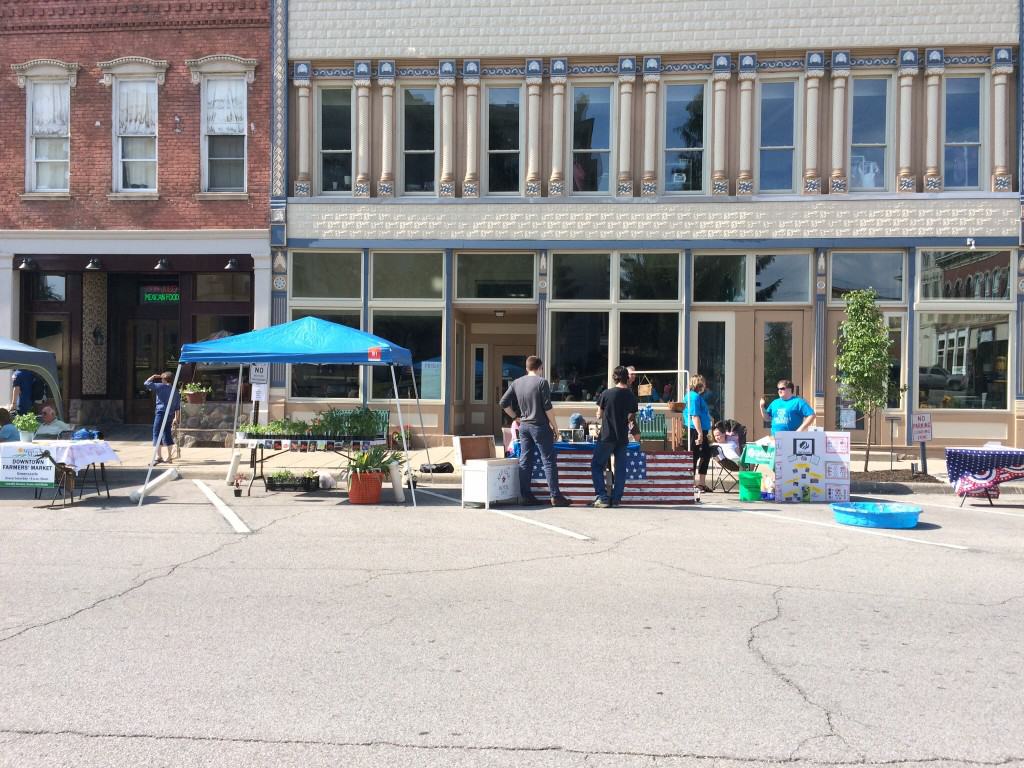 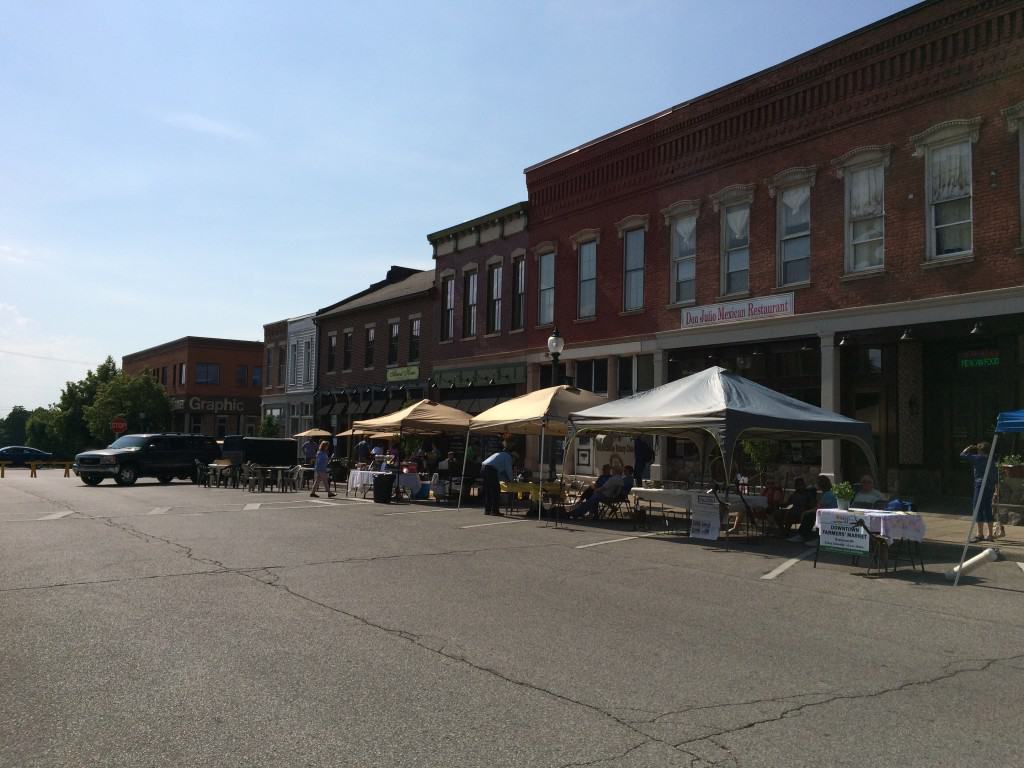 This month, a vintage car club came for the event. 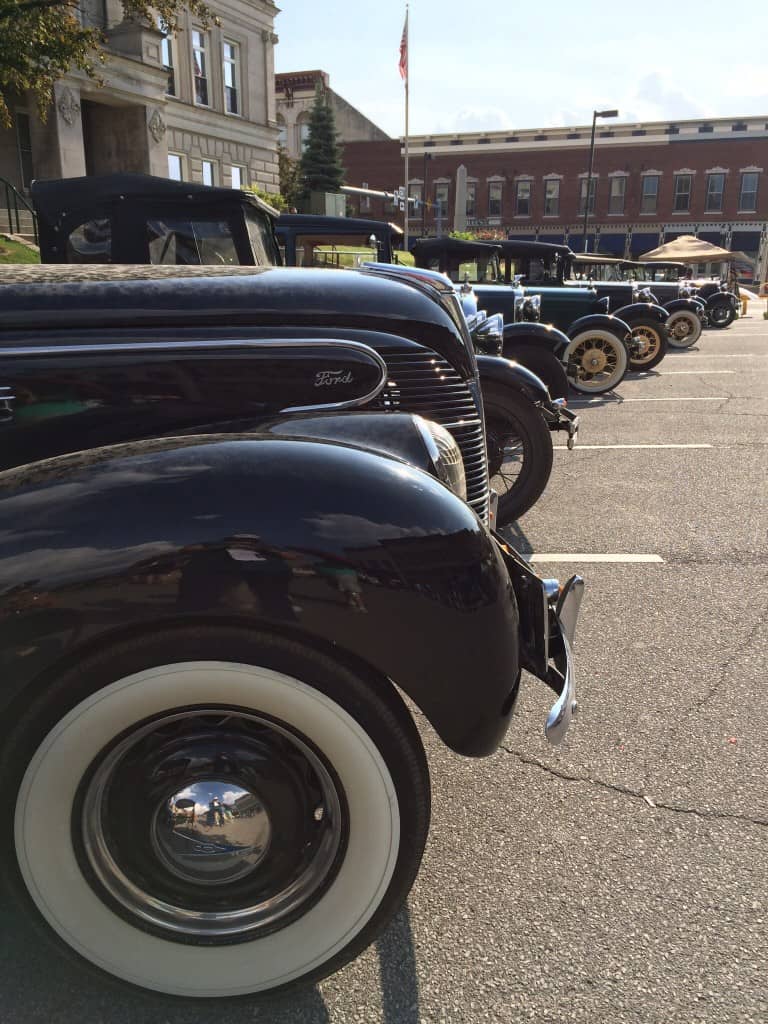 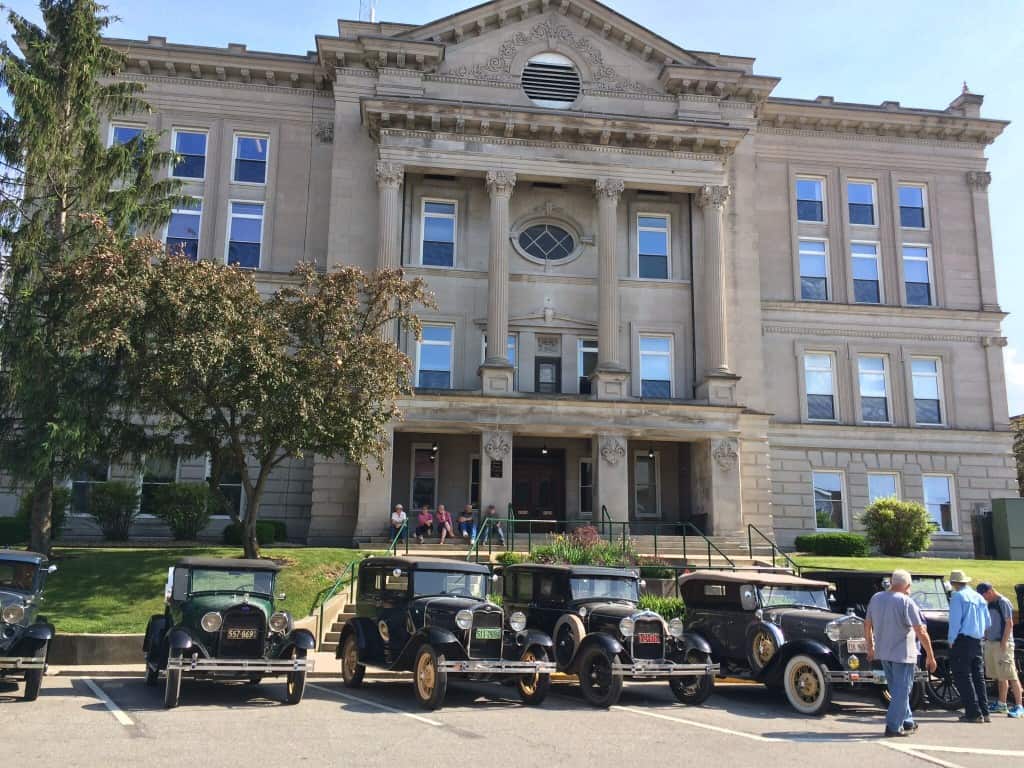 Several local clubs and civic groups attended this month also, including the Putnam County Spinners Guild, of which Stacy is a member.  I helped set up and take down the tables and chairs for the Guild.  The original plan was that I would finish spinning the Cormo and bring the bobbins with me so I could ply them on one of Stacy’s wheels during the event.  I didn’t get the spinning done, so I knit instead.

The weather was perfect for this First Fridays event, though the sun was so bright that we had a hard time looking at people while we talked to them.  Stacy’s boyfriend, Lance, came to our rescue with Florida Gators baseball caps!  The vendors and tables part of First Fridays was from 5 to 7 pm.  We were going to stay for longer, but we had to move out of the way for the Antique Cars to leave, so packed up shortly after 7 pm.  The music continued until late, so after packing up we stayed and listened to music, and I got to meet several of Stacy’s friends.  It was a wonderful evening! 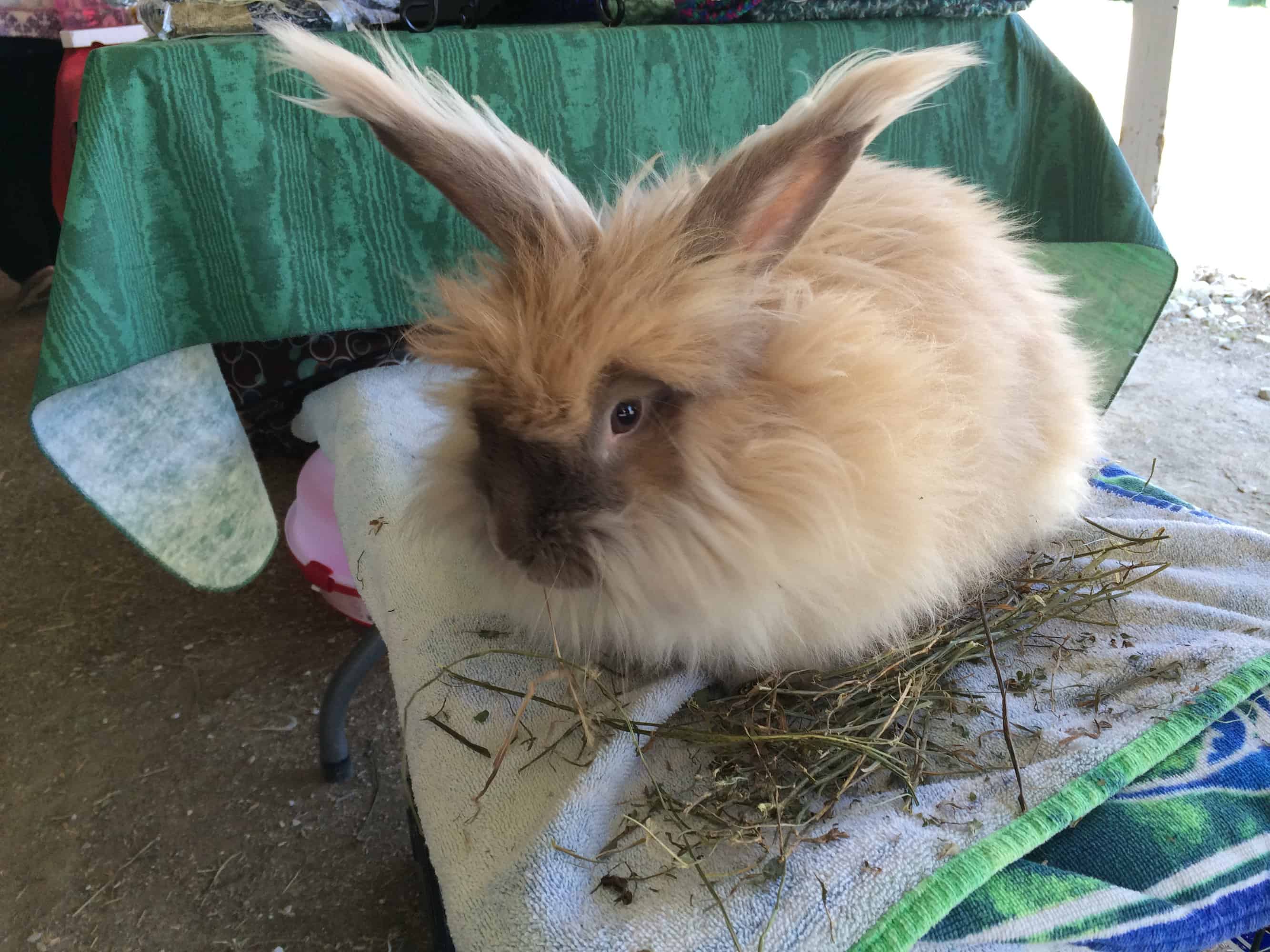