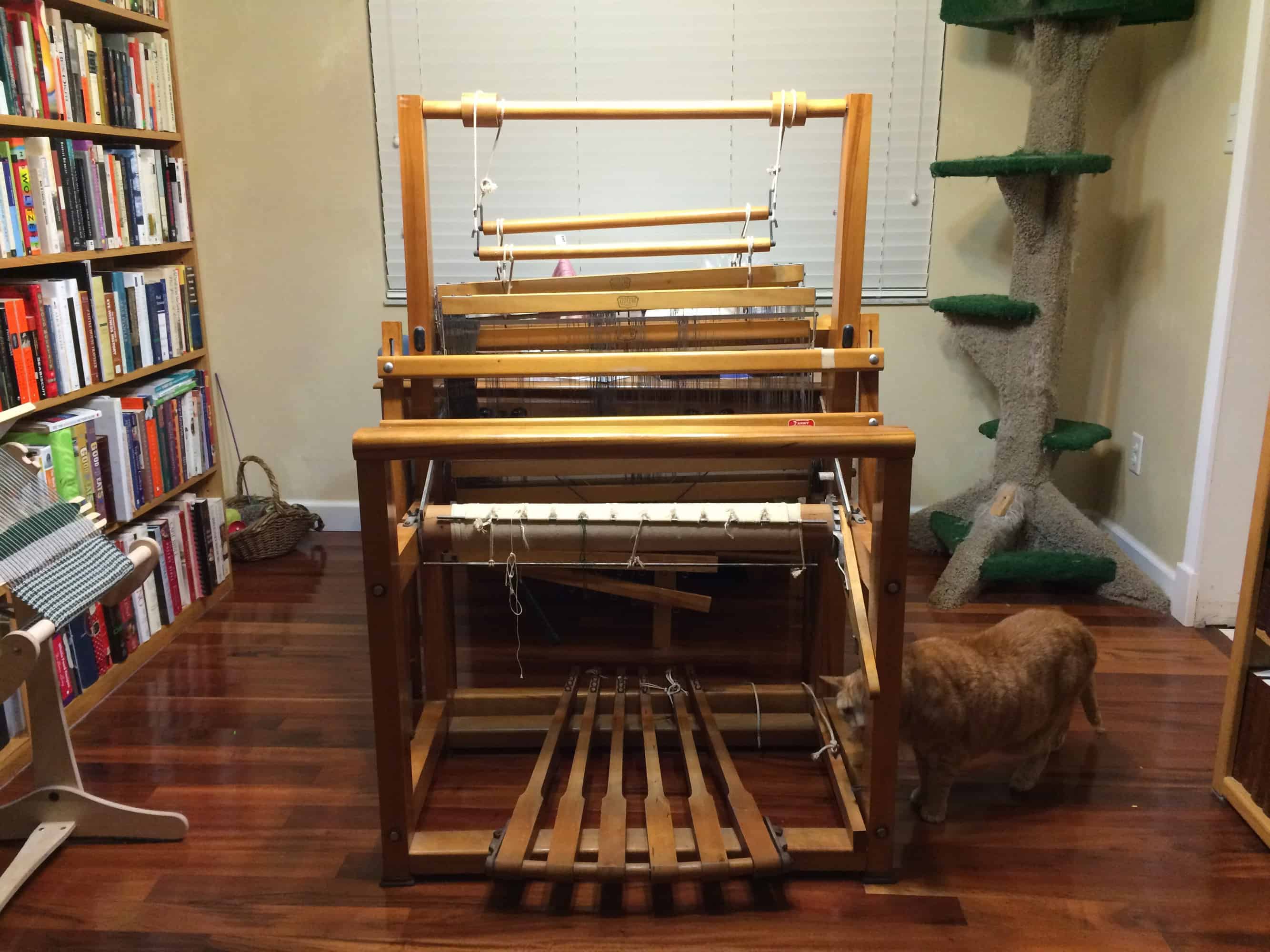 The Warped Weavers group on Ravelry has a thread called “OLAD strikes again!”  OLAD stands for Obsessive Loom Acquisition Disorder; this is the thread where people share pictures of their newly acquired looms.  This weekend, I was struck with OLAD and acquired two new-to-me looms.

On Friday, the Weavers Guild sent out an e-mail blast from a former member who had 5 Schacht inkle looms for sale for $50 each (new price is $89 at The Woolery).  I e-mailed her, and it turned out she lived on the opposite side of my same town.  We met halfway and I came home with one of the looms!

Inkle looms are used to weave narrow pieces, like bookmarks, purse handles, belts, and headbands.  In order to use it, I need to get a special kind of shuttle, but no other equipment is necessary.  I will make heddles when I use the loom.  I need to find some patterns and decide on yarn.  So far, all of the projects I’ve seen used crochet cotton.  I only have one color of crochet cotton in my stash, so I may end up  acquiring some more crochet cotton depending on what projects I decide to make on this loom. 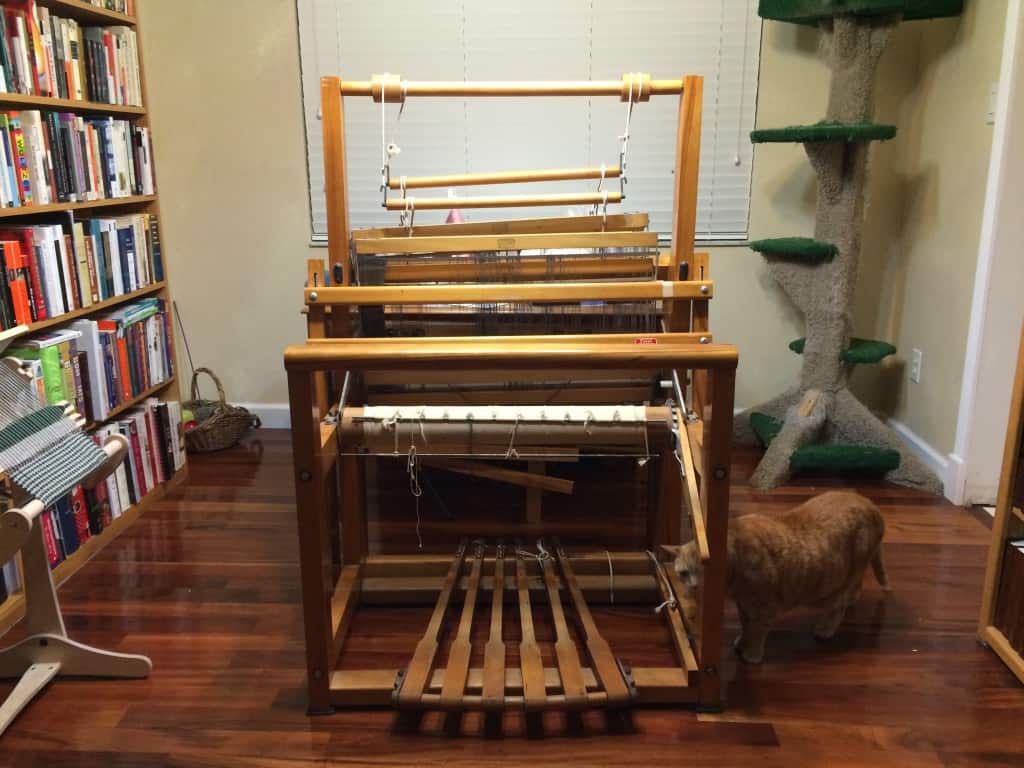 The Fanny is a four-shaft counterbalance loom.  After I bought it, I joined the LeClerc Weavers group on Ravelry, and discovered a thread there called “Dating Your Loom.”  I thought this was a tongue-in-cheek title and the thread would be about getting to know a new loom, so I clicked on it.  Turned out that I was totally wrong.  The thread is about figuring out the age of a new-to-you loom.  My loom was pretty easy to figure out because the serial sticker is still prominently attached to the beater. 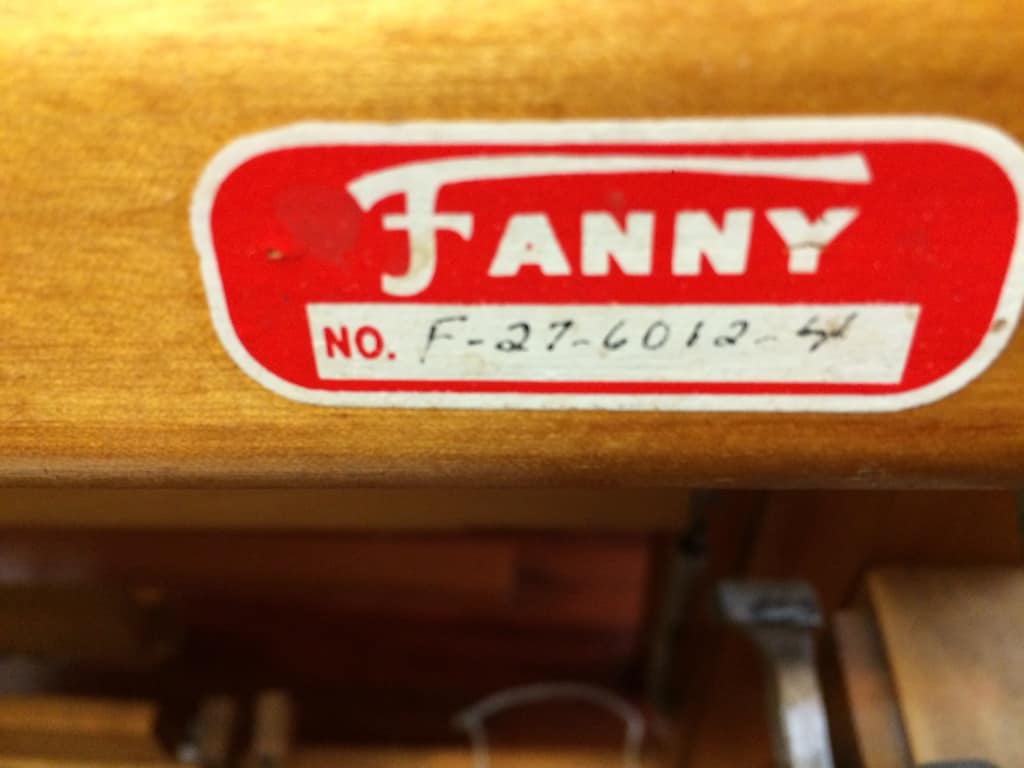 LeClerc no longer makes the Fanny loom in this style.  A brand new Fanny II loom with a 36″ weaving width (the smallest they make) sells for $2,855 at The Woolery.  I paid $500 for the used loom.

The loom is generally in good shape, but it came without a reed and without a crank handle.  In addition, I need to buy or build the basic equipment of weaving: a warping board, lease sticks, warping sticks, and raddle.  I also need to make room for the loom in its new home.  Right now, it is hanging out in the dining room.  Its permanent home will be in my office, right in front of the window, where my desk used to be before I rearranged the room.  I won’t be able to weave until I get the parts and equipment and move the loom to its permanent home.  It’ll take me a couple weeks to do that.  I can’t wait to get weaving on the new looms!