It’s Yarn Love Challenge Day 2!  If you missed day 1, explaining what exactly Yarn Love Challenge is, please see yesterday’s post.  Today’s prompt is “close up.”  Over the last few years, I’ve tried to improve my ability to take close up pictures.  Close ups help us focus on details, providing a better understanding of and appreciation for finished projects.  Rather than just sharing fiber arts pictures in this post, I’ve chosen close-up pictures that represent different aspects of my life.  Collectively, these small details provide a better understanding of the ongoing project that is my life.

Since this is primarily a fiber blog, I am starting with the fiber pictures!

First, one of my favorite projects and pictures: a close up of the lace border on the Raindrops on Roses Shawl. 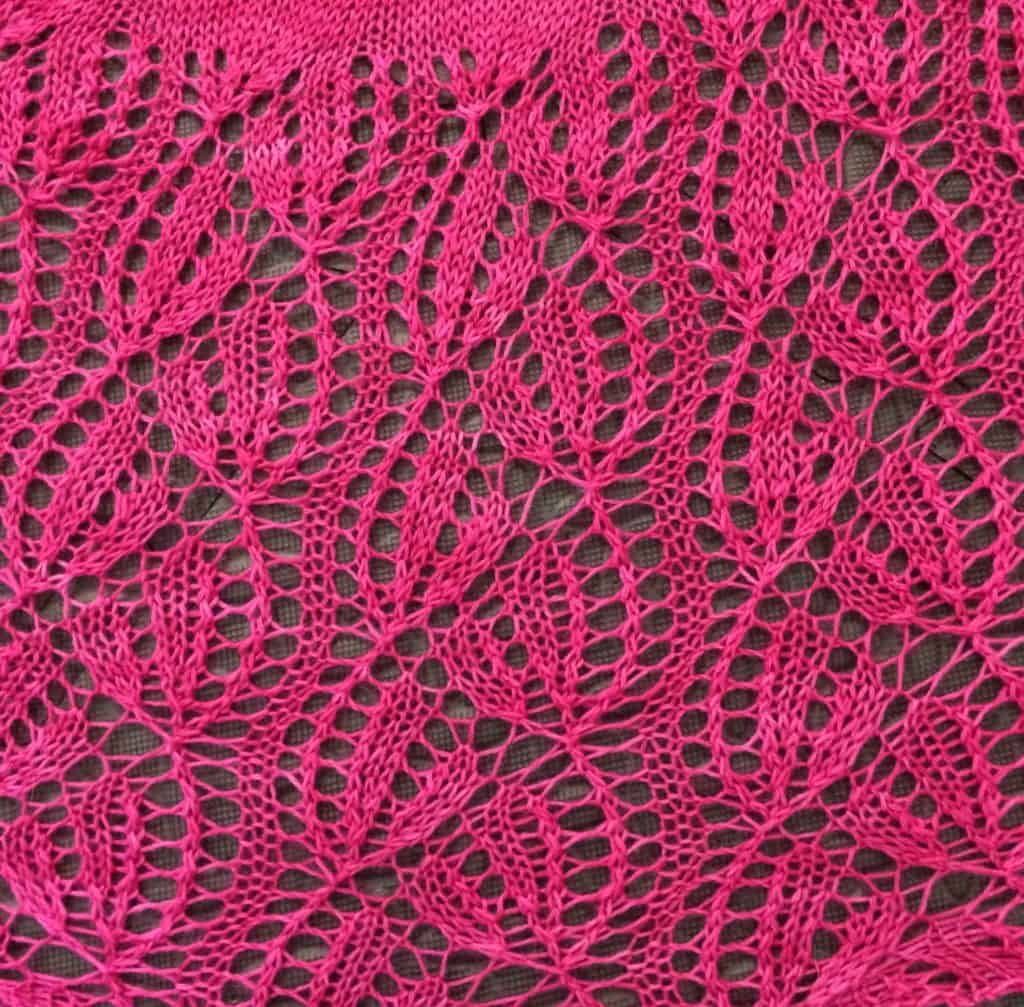 Next, one of the first close-up pictures I ever took of a fiber project.  It’s a humble garter-stitch dishcloth and I hoped to take a picture that made it look like more fun than that!  I tried to make it look like ocean waves and added the octopi charms both because of the ocean theme and because I love octopi so much. 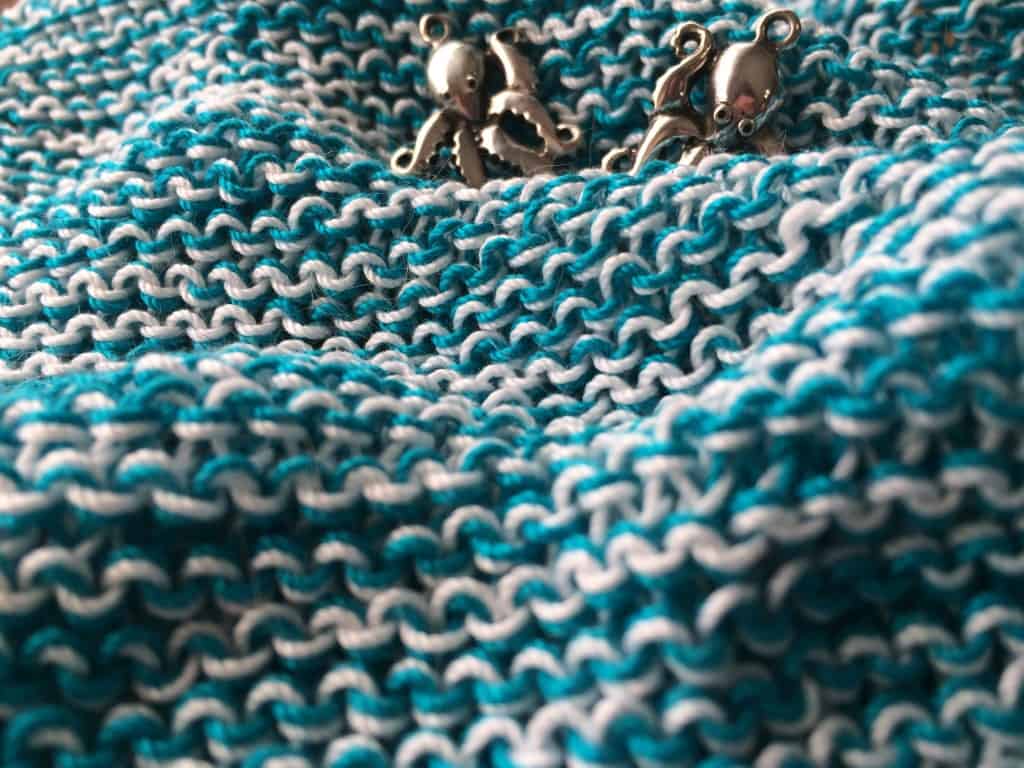 This is the lace edging on the first project I ever knit from my own homespun yarn.  I was (and am) so proud to be able to knit from yarn spun by my own hands! 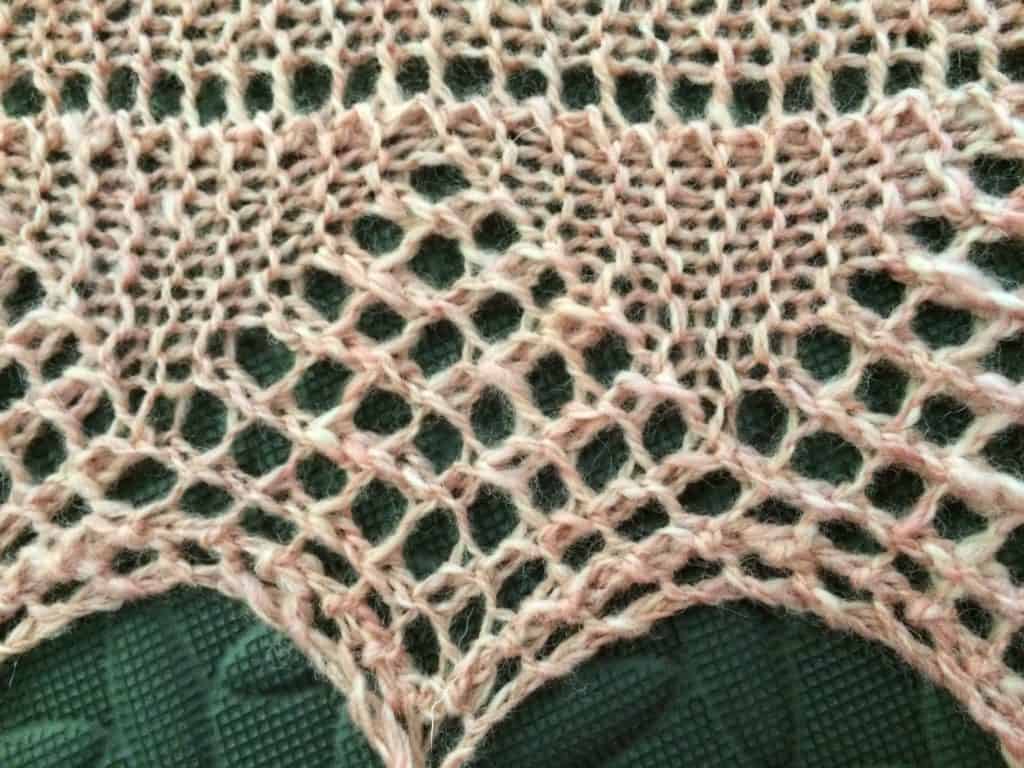 I have been obsessed with cables ever since I knit a cabled baby blanket as my second-ever knitting project.  (The baby I knit that blanket for just got married this week and is expecting his first child).  When I knit the Sand Tracks scarf, I became obsessed with the combination of cables and seed stitch. 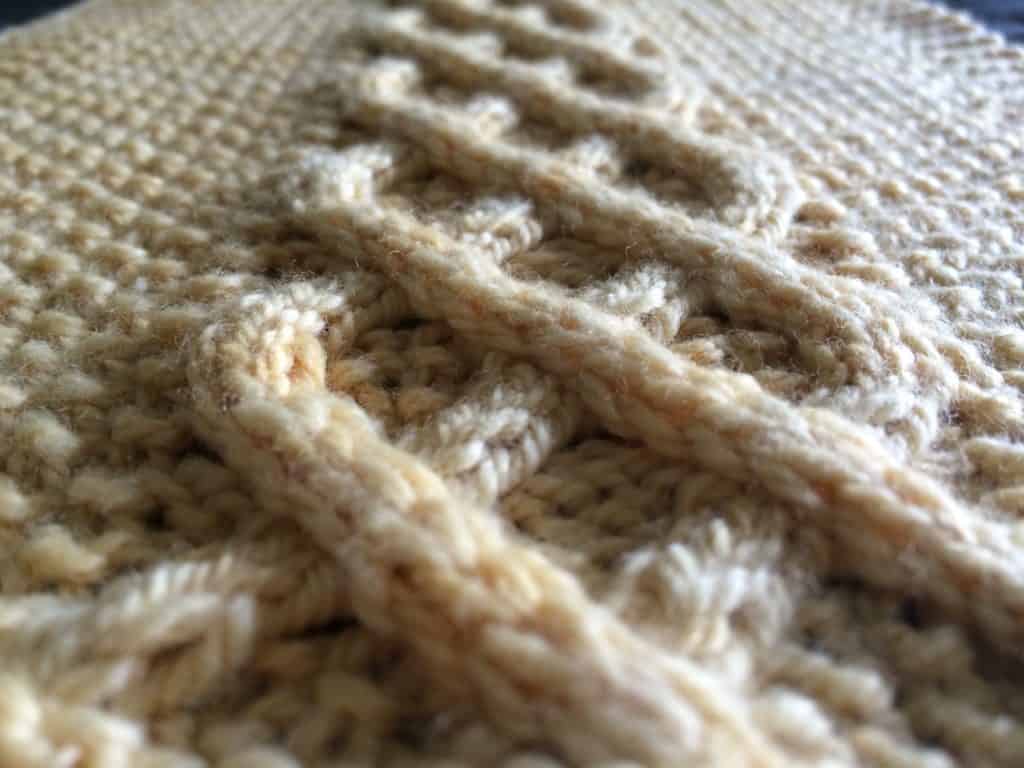 Rainbows make me happy, and this Redfish Dyeworks 20/2 Spun Silk gradient is no exception.  I love this picture because it captures all the skeins in the gradient and because there’s something perfect about the way the circle draws my eye around and around and around the rainbow. 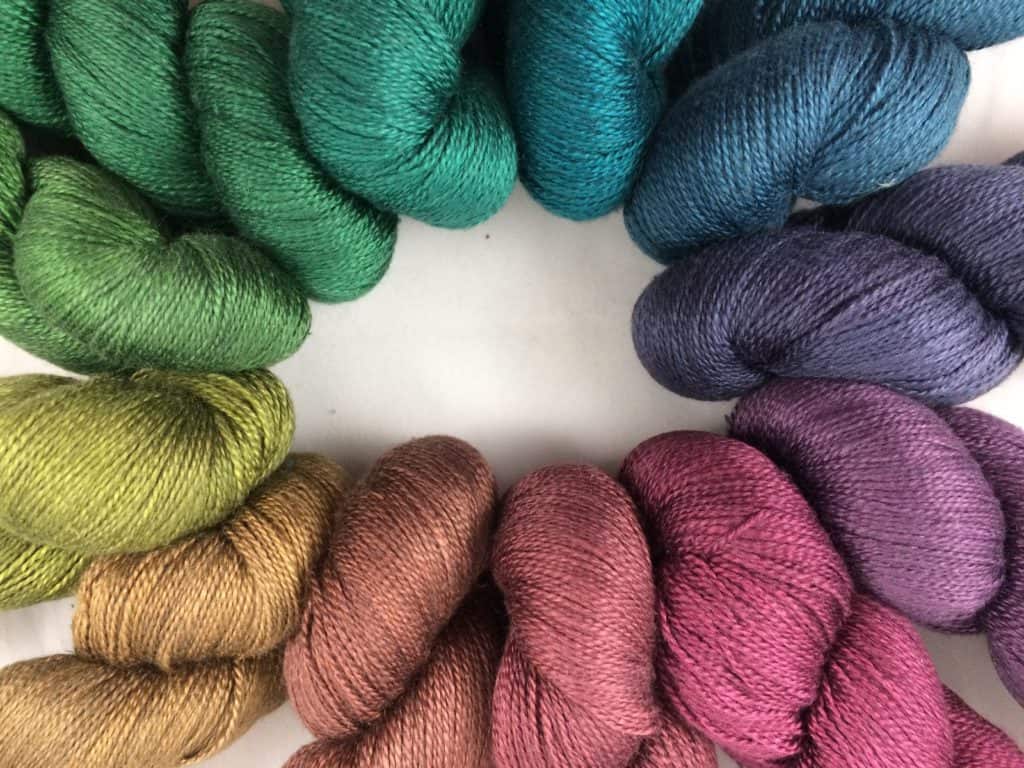 The Gotland / Teeswater fleece pictured here is one of the first fleeces I purchased (at SAFF 2016) to process by hand.  This picture is of the raw fleece and I love all the different colors in the fleece.  I took this picture just before I washed it.  I have yet to comb or spin it. 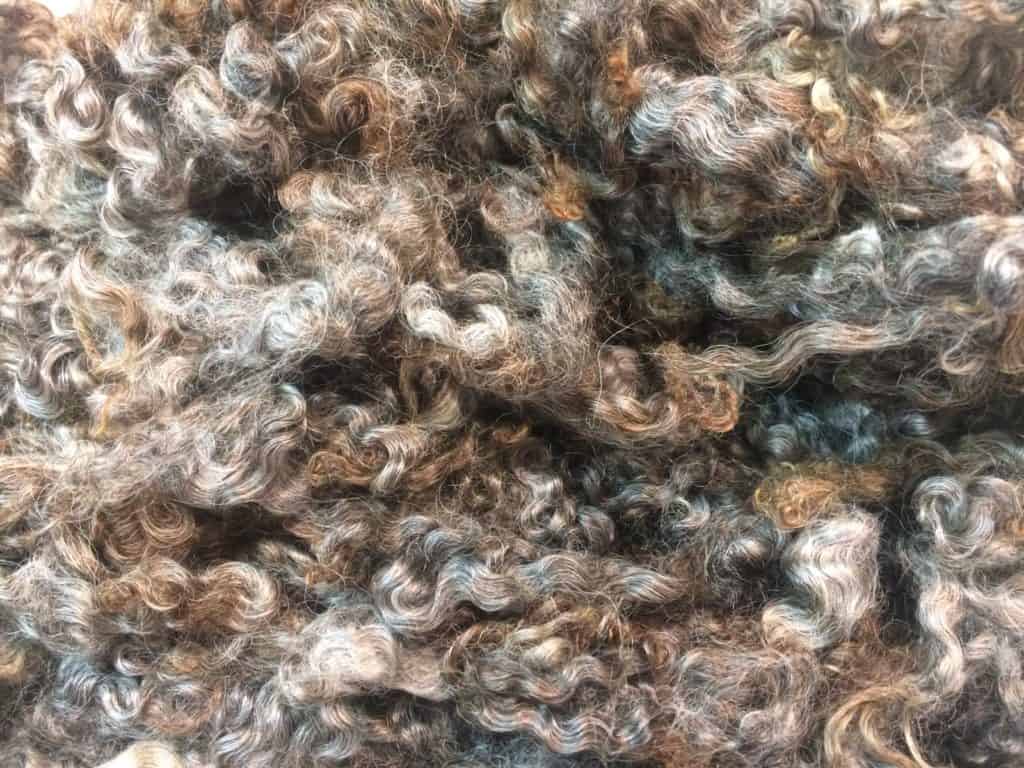 I take a ridiculous number of pictures of our cat, Tiger.  He’s so photogenic.  He’s also ridiculously cuddly.  Sometimes he’s so cute and happy with cuddles that I don’t want to disturb him, but I’m also bored.  I almost always have my phone with me, so I whip it out and take pictures of him.  Of course, I take many close ups of his face. 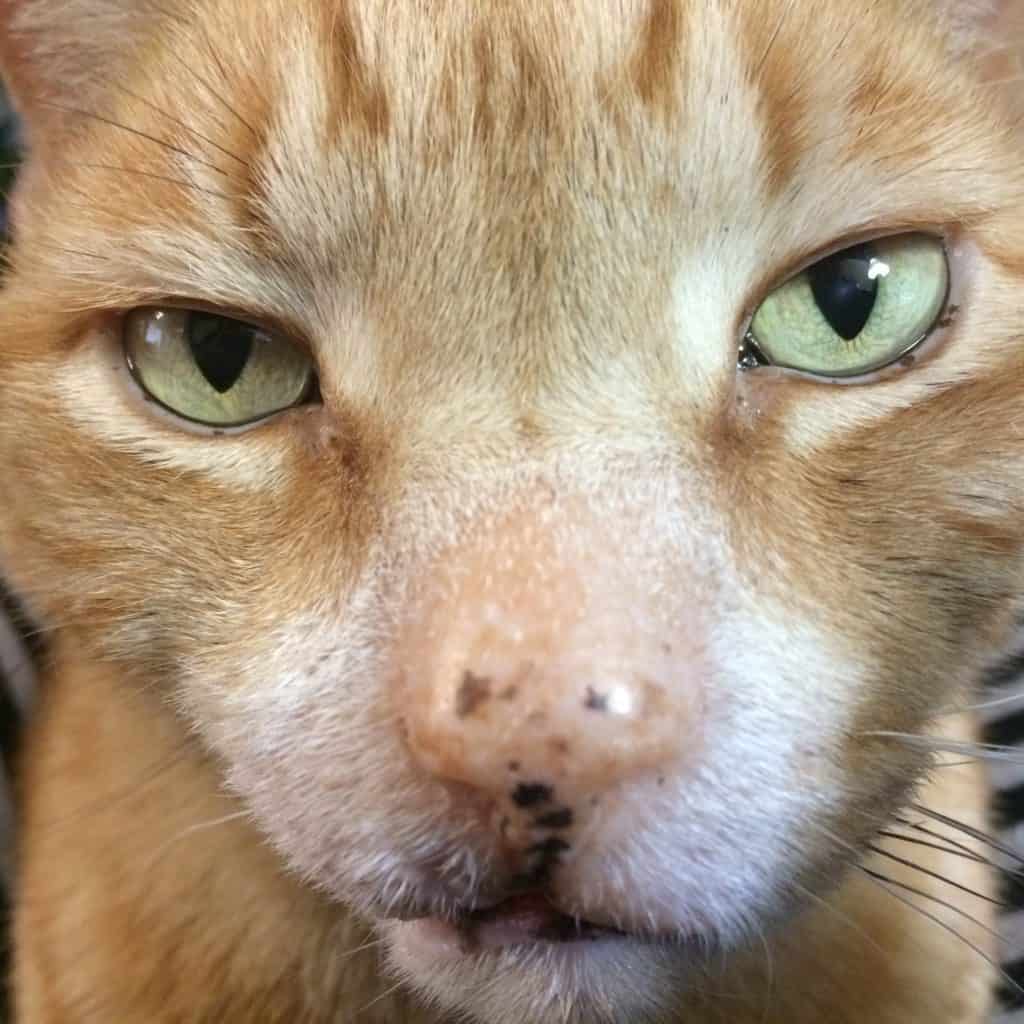 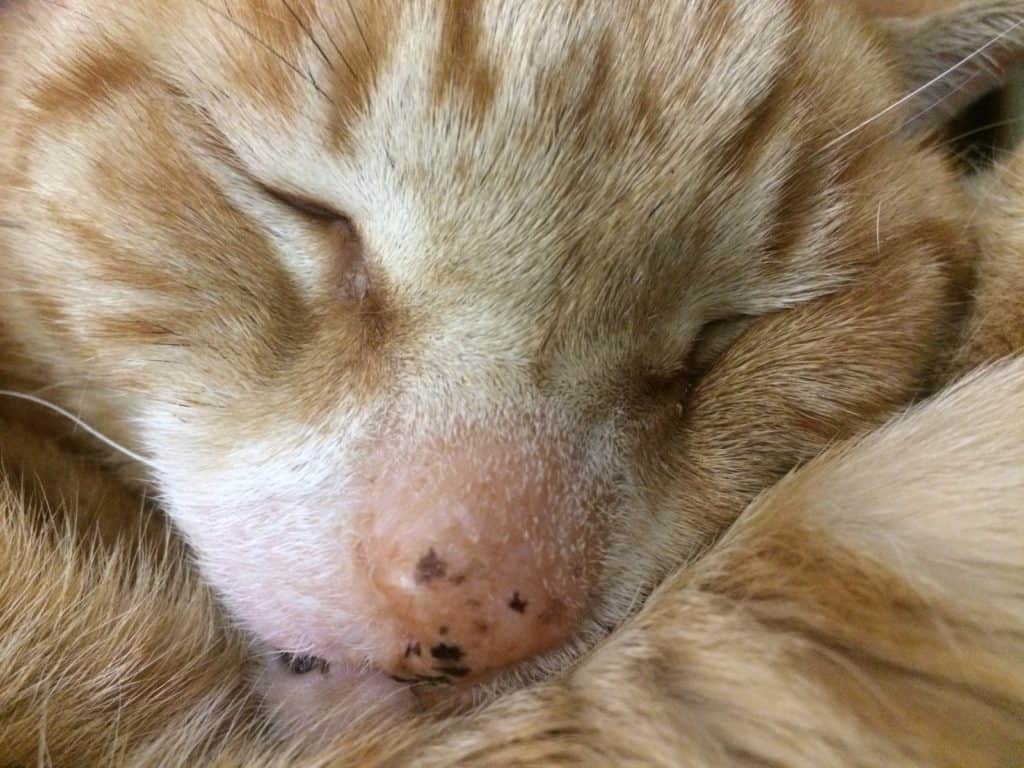 But I am also rather obsessed with taking pictures of his paws. 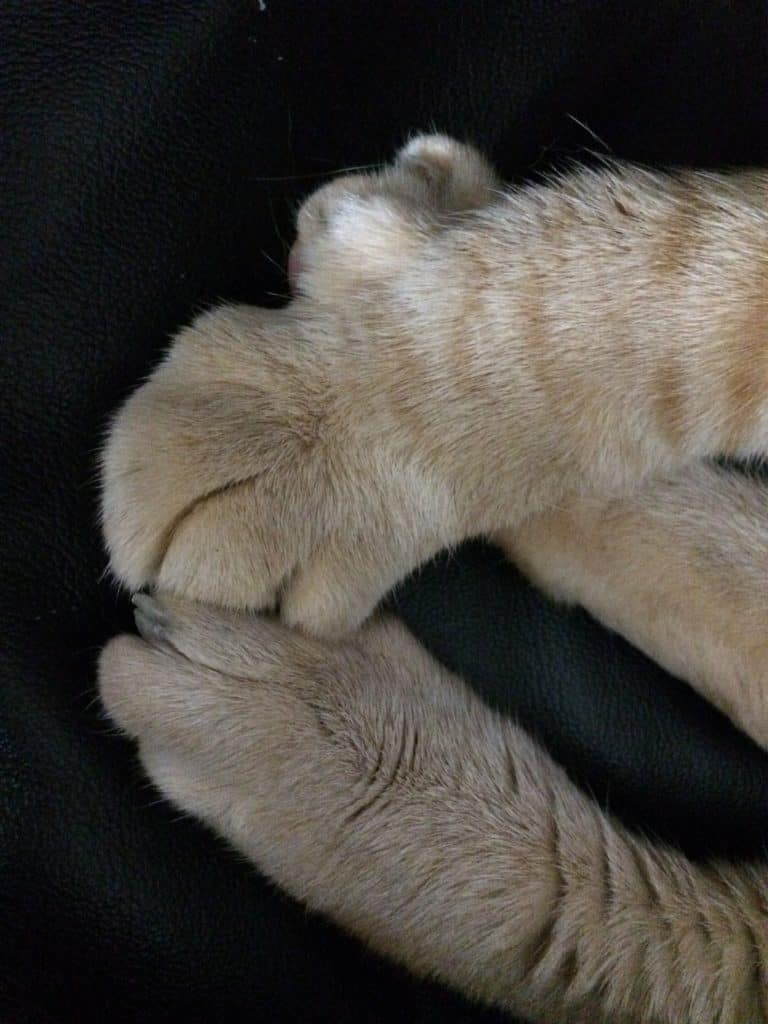 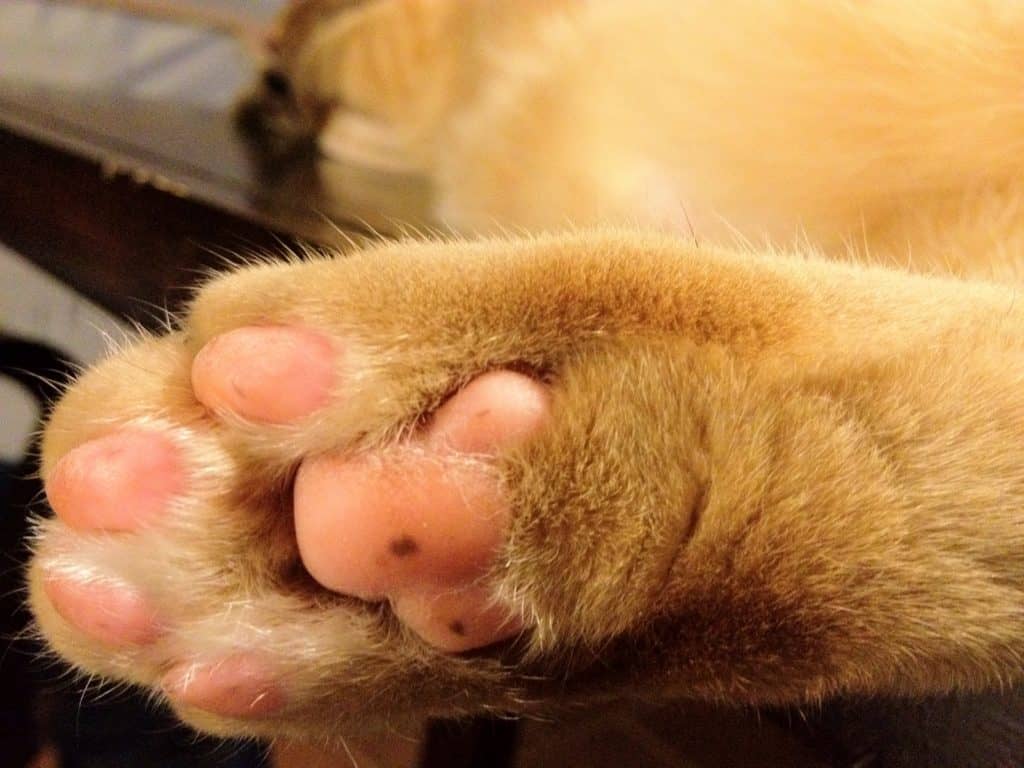 And the way his tail wraps around his body and curls up beside his hip is one of the most precious things in the world. 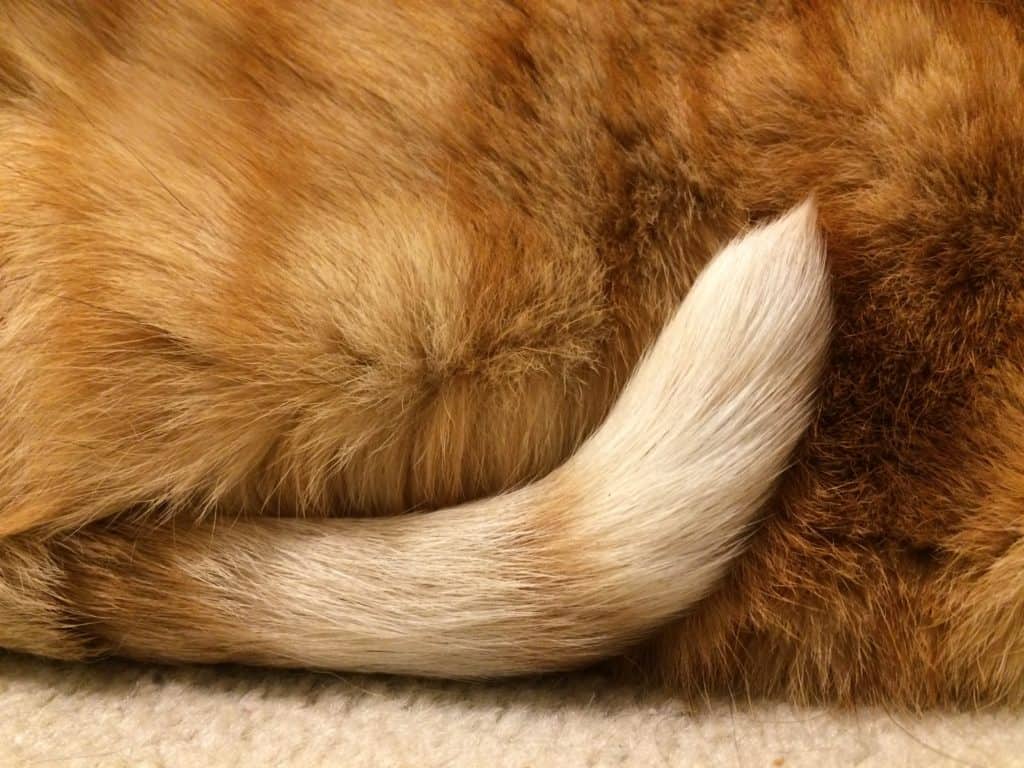 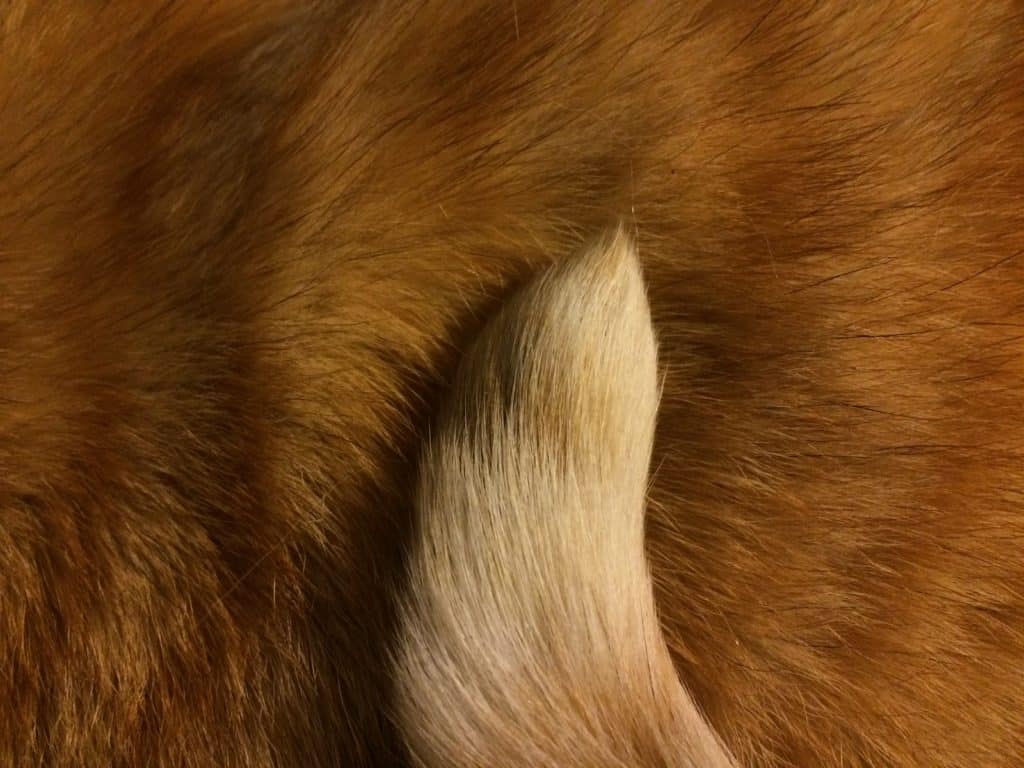 My husband grew up in Toms River, NJ.  Toms River is right about in the middle of the New Jersey coastline, separated by the intracoastal from Seaside Heights and Seaside Park, NJ.  He grew up going to the Seaside beach constantly.  His grandmother and an aunt each lived a couple blocks from the beach where the boardwalk was.  Superstorm Sandy destroyed much of the boardwalk.  If you watched any of the coverage of that storm, you might remember a picture of a roller coaster in the ocean.  That was the Seaside boardwalk where my husband grew up.  After Sandy, the boardwalk was rebuilt in record time, and the businesses lining it reopened for the following summer season.  That fall, one year after Sandy, an electrical short started a fire that burned six blocks of the newly-rebuilt boardwalk (this article says 3 blocks, but it was really 3 blocks in Seaside Heights plus 3 blocks in Seaside Park for a total of six blocks).  Fire trucks came from all over the state to fight that fire.  In the end, they were only able to put it out by bulldozing out part of the new boardwalk to create a fire break.

Three months after the fire, we were in New Jersey for Christmas, so we went down to the boardwalk to view the devastation.  The picture before is a charred piece of wood, about 4 inches long, embedded in the sand near where the fire started. 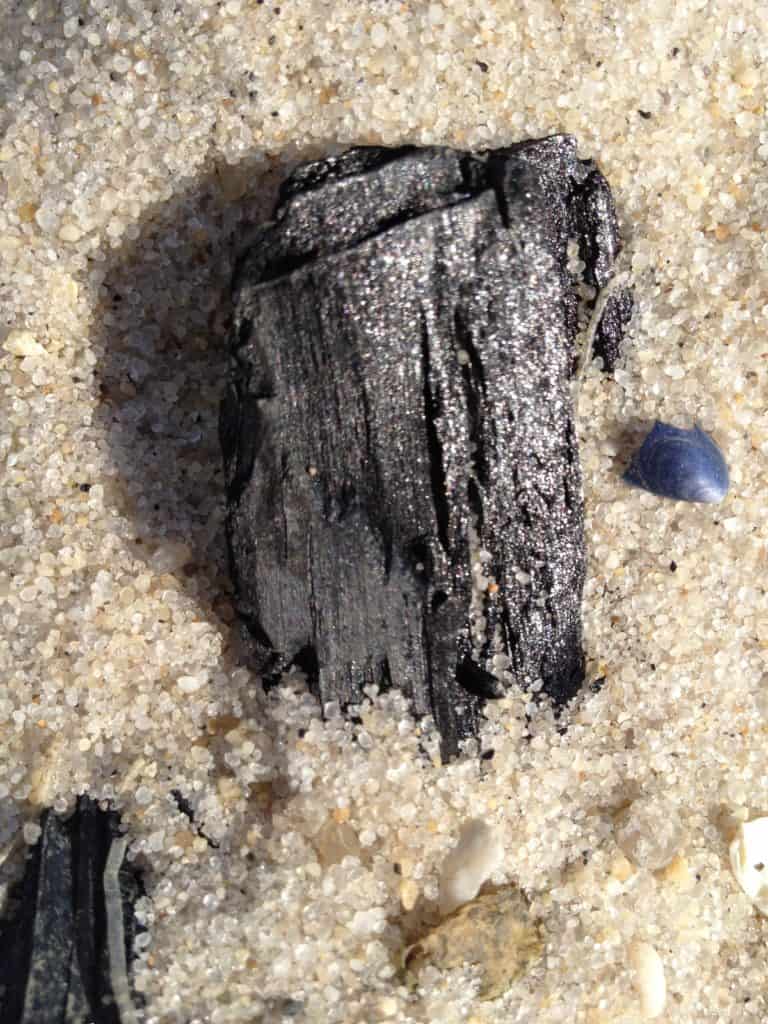 My father is a birdwatcher; I’ve been birdwatching with him since I was 6 months old, in a backpack on his back.  Last year, we attended the Space Coast Birding and Wildlife Festival.  One of the tours we took was a bird banding tour.  The guide was a licensed bird bander.  We accompanied him to the location where he bands and helped him to capture three birds for banding.  He applied a band to each bird, weighed them, measured their wings, beaks, and leg bones, then released them.  This is a Bachman’s Sparrow, an uncommon species which is in decline due to habitat loss. 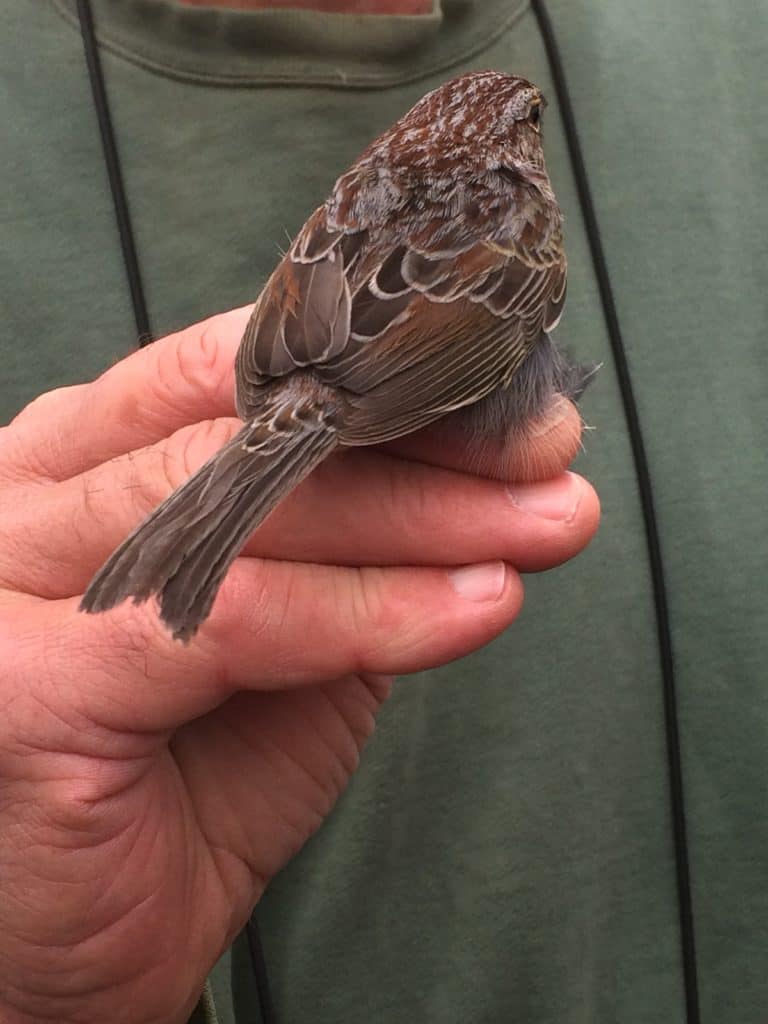 In the vendor area of the festival, was a booth operated by a bird rescue.  They brought several of their education birds — birds that will never be able to released back to the wild due the extent of injury — and you could have a picture taken with the bird of your choice.  I picked the Golden Eagle because I am a Ravenclaw and the Eagle is the emblem of our House.  Note that I am not holding this bird.  Only licensed handlers are able to do that.  The eagle is sitting on the gloved hand of the handler and I am standing beside her.  The picture is taken from a clever angle, making it seem that I’m closer than I actually am! 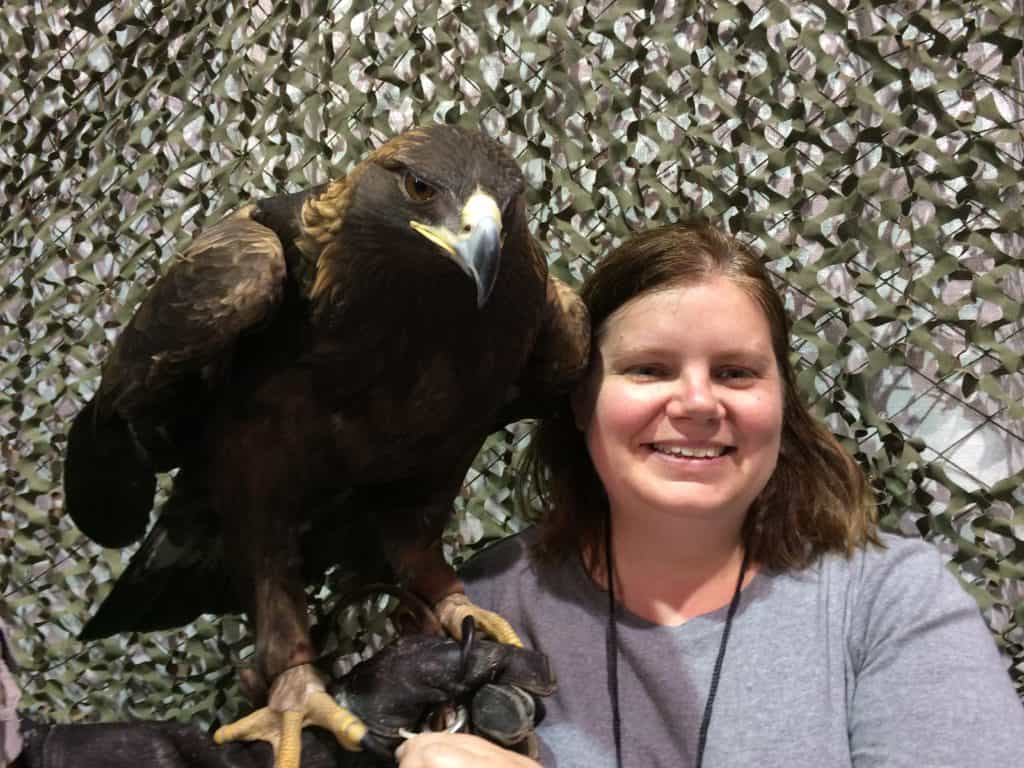 Several years ago, I got lenses for my iPhone camera.  I didn’t know such a thing was possible until I was traveling on business and a colleague had them for her phone.  I was so excited, I bought myself a set.  I especially loved the macro lens.

Leaf and tendril from the grape vines.  We’ve since pulled them out because they were growing up against the house, destroying the paint and the window screens.  Plus the neighborhood birds ate all the baby grapes while they were still green so we never got any ourselves. 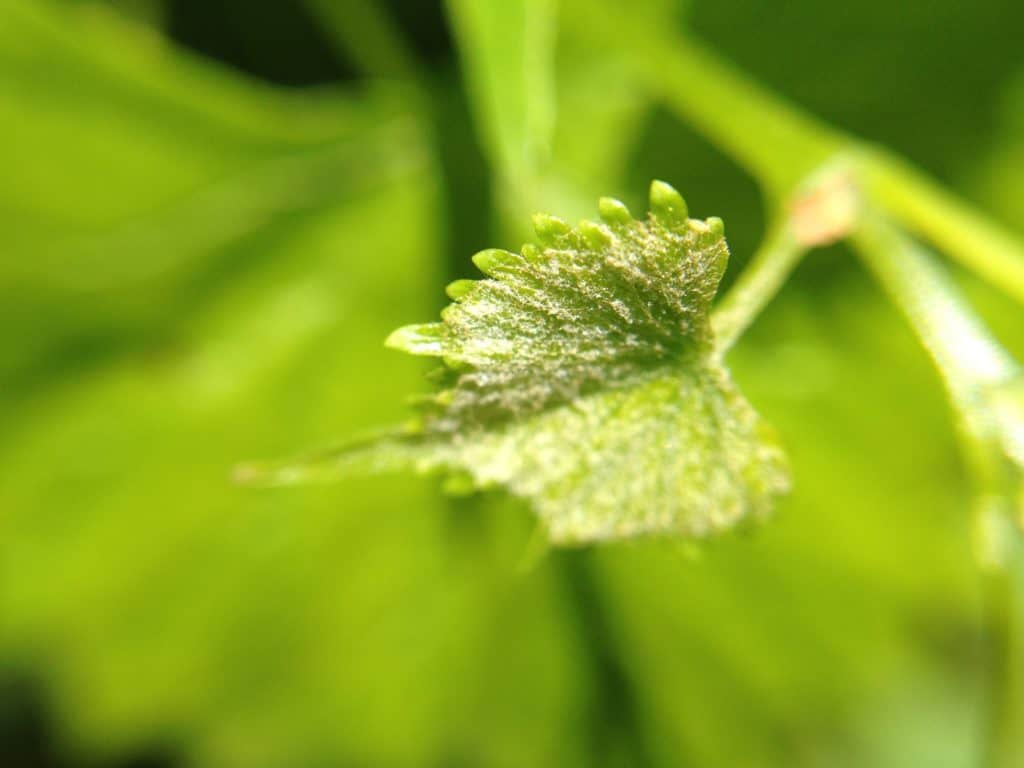 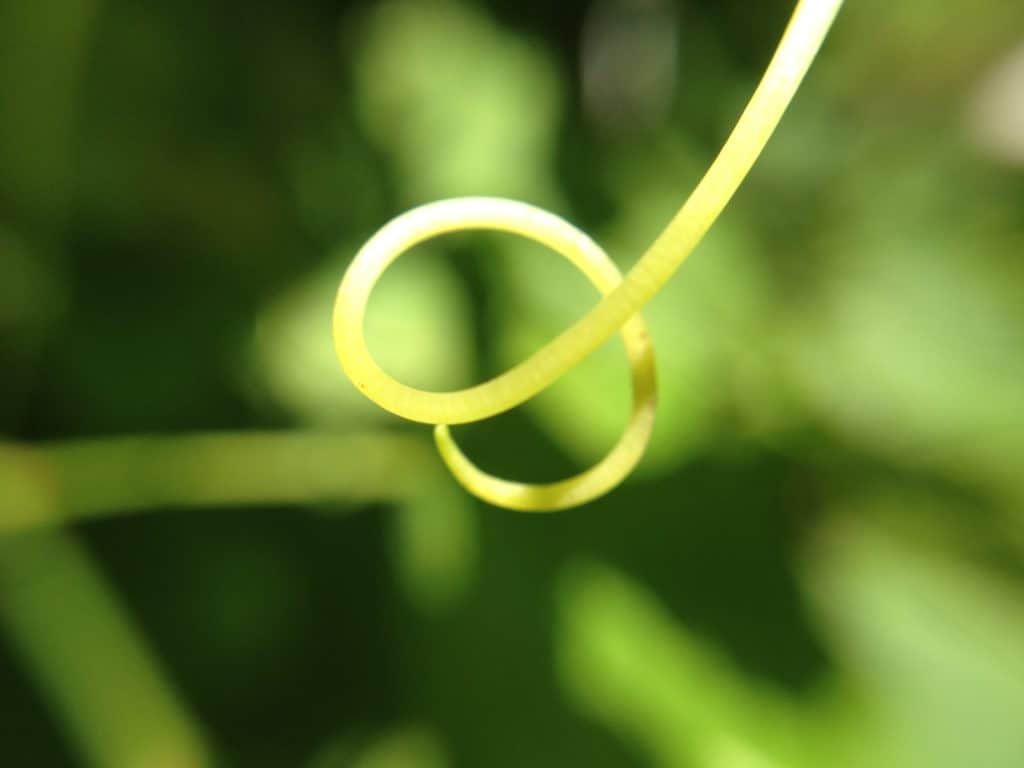 A cherry tomato, still on the vine. 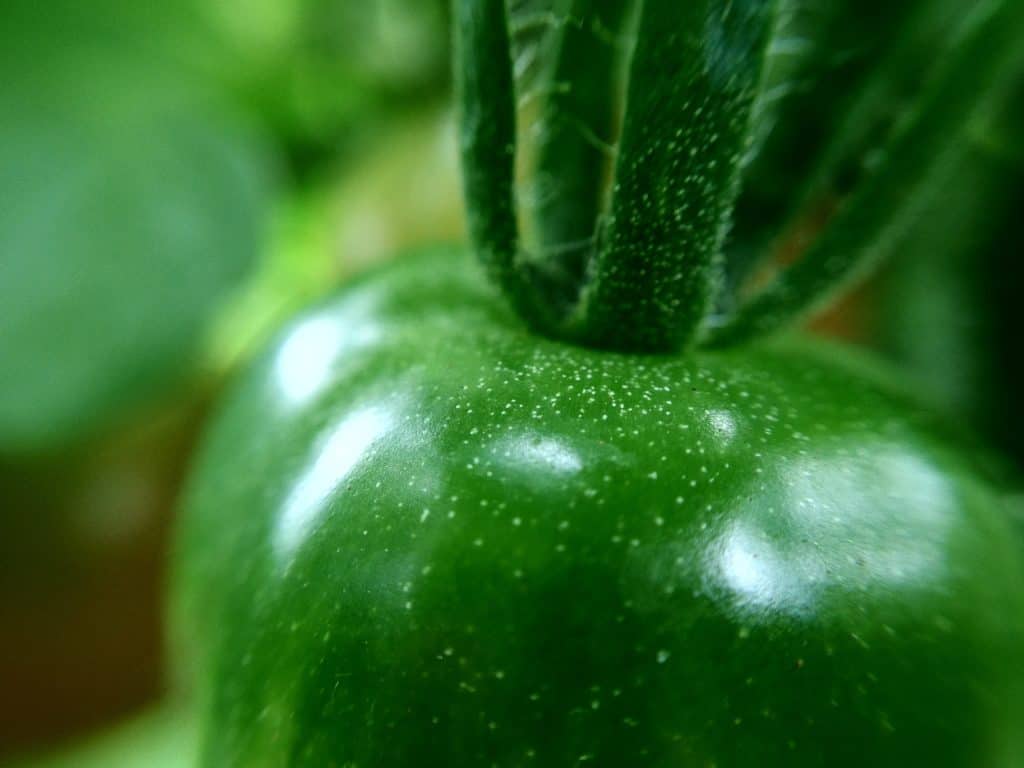 Lichen on the trunk of a crepe myrtle. 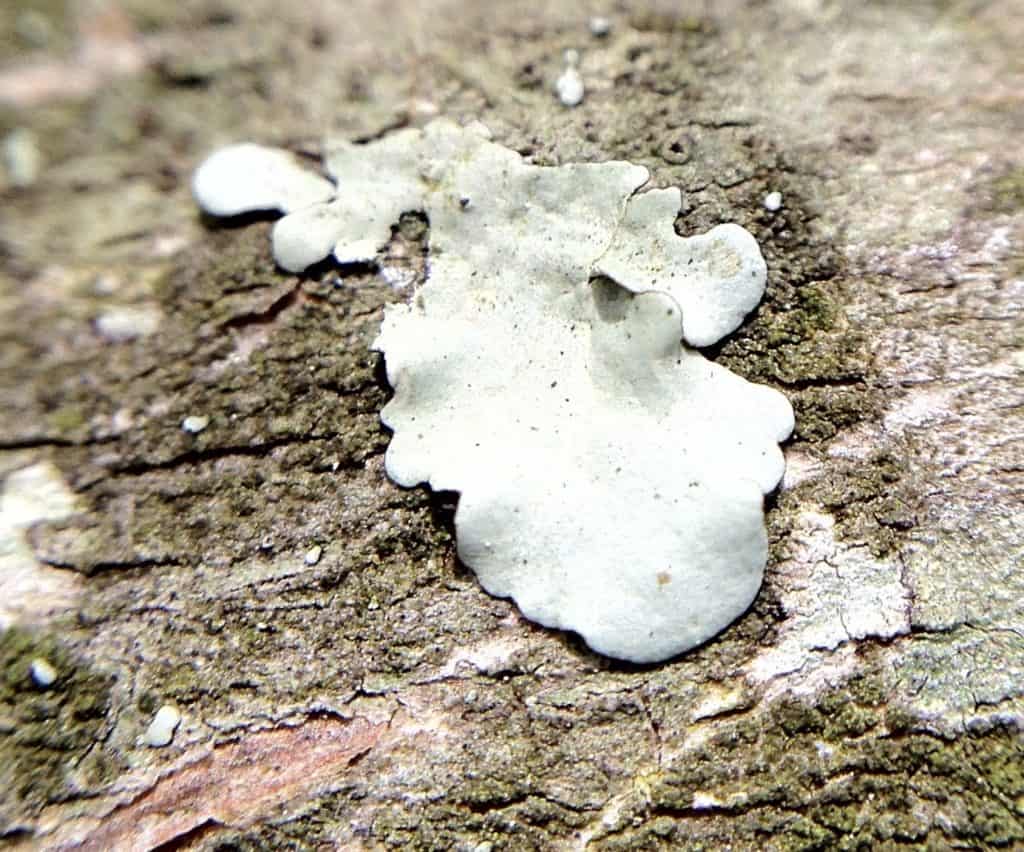 A crab spider on its web. 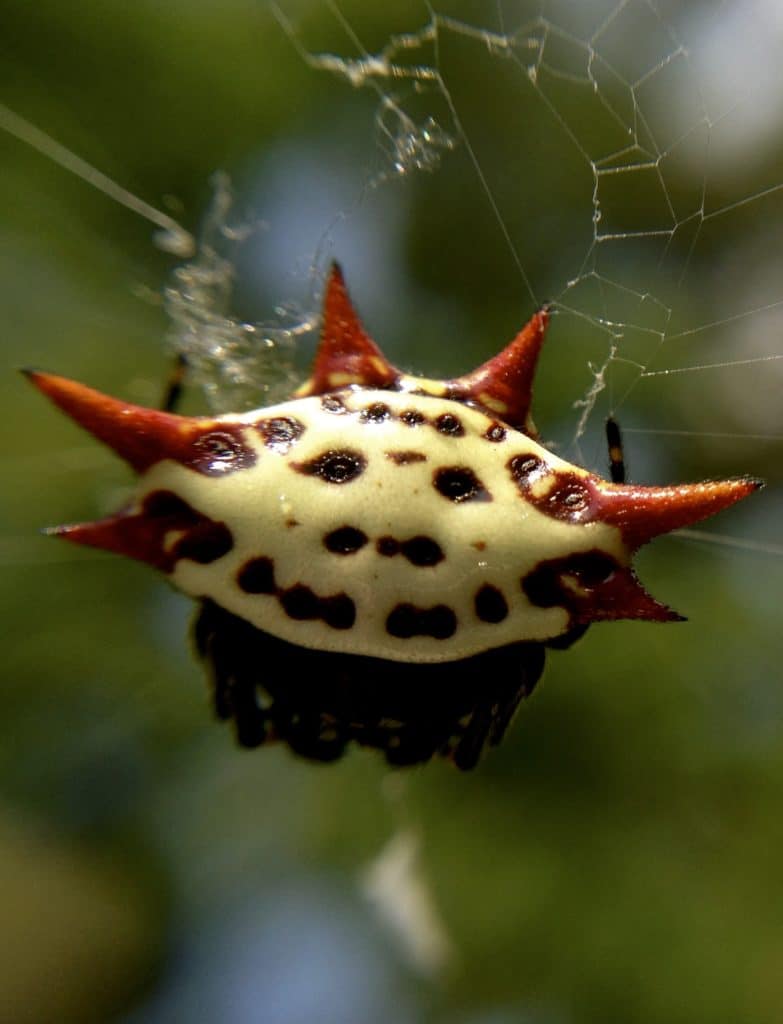